Use the form above to find your loved one. You can search using the name of your loved one, or any family name for current or past services entrusted to our firm.

Click here to view all obituaries
Search Obituaries
Immediate Need
We are here to help you. If you have need of our services, please call us, day or night, at:
604-898-5121
To better prepare yourself, we have provided you with some helpful information regarding the immediate need process.
Contact Us / Location

Please enter the name and email details so that we can send your friend a link to the online tribute. No names or addresses will be collected by using this service.

To share your memory on the wall of Charles Schilberg, sign in using one of the following options:

Your condolence has been posted successfully

Provide comfort for the family by sending flowers or planting a tree in memory of Charles Schilberg.

There may be a delay while processing. Please do not click the back button or refresh while a payment is processing.

Your donation has been processed successfully

A receipt has been emailed to the address provided. A receipt may also be printed.

Provide comfort for the family of Charles Schilberg with a meaningful gesture of sympathy.

It is with great sadness that we announce the passing of Charlie Schilberg, beloved husband, father and Opa, on February 16, 2021 at the age of 88 years.
He was born in rural Saskatchewan where he spent part of his childhood. Later moving to Prince Rupert, during wartime, his family eventually moved to Edmonton, where he met his wife. As they raised their children, Charlie served as a municipal treasurer in various Alberta and BC communities until finally settling in Squamish BC.
Charlie loved Squamish and took great pride in serving his community as District Treasurer until he retired. In retirement, he was a Senior Citizens’ Counselor with Social Services, volunteering his time to help senior citizens with their financials and taxes. He held various posts on volunteer committees and was a regular donor to the Squamish Hospital Foundation.
Charlie lived a full, healthy and happy life. He was an avid gardener, birdwatcher, woodworker and life-long learner. His passion lay in marquetry and photography. He will be remembered for his devotion to his family and his conscientious contributions to his community.
He was predeceased by his mother Sophie and father, Frederick, his sister Lena, and brothers, Lloyd, John, Robert, Victor and Jerry. He is survived by his wife Rosemarie, his children Krista (Raymond) and Laura, and his two grandchildren, Henry and Charlotte.
In lieu of flowers, please consider donations to the Squamish Hospital Foundation (squamishhospitalfoundation@gmail.com – 604-892-6060).
A celebration of Charlie’s life will be held closer to the summer due to COVID 19. He will be greatly missed.

Receive notifications about information and event scheduling for Charles

By subscribing to updates, you will receive any notifications sent about changes to service schedules or other important information

Please add your text number or email address before submitting.

You have successfully been subscribed to notifications!

You will receive any future notification messages.

Provide comfort for the family with a meaningful gesture of sympathy. 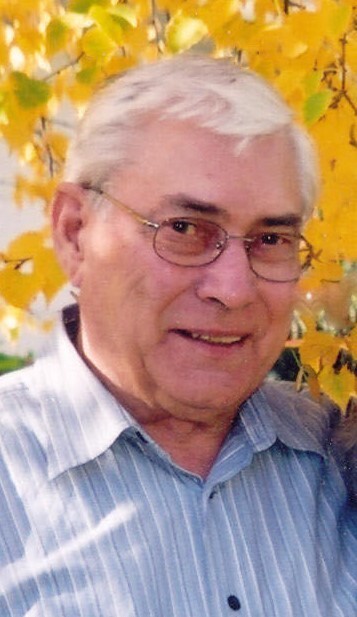 We encourage you to share any memorable photos or stories about Charles. All tributes placed on and purchased through this memorial website will remain on in perpetuity for generations.

Connect with families at their time of loss.

By subscribing to email updates, you will receive two daily updates containing all new stories, photos, condolences, and more. You will also receive a one-time email, one week prior to the anniversary of death. The email will only serve as a reminder should you choose to connect with the family at what will no doubt be a difficult time.

Please select your relationship to the deceased and add your email address before submitting.

The following fields are required.

You have successfully been subscribed to email updates.

You should begin receiving updates within 12 hours. There will be instructions in the e-mail should you wish to unsubscribe, change your e-mail address, or otherwise configure your experience.

Honor the life of Charles Norman Schilberg by planting a memorial tree.
Plant a Tree in Memory of Charles
Planted in the area of greatest need
CU

Dear Rosemarie and Family,
We are greatly saddened to read of the passing of Charlie. It was our pleasure to first get to know him during his years working with the District. We remember his ethics, formidable knowledge, and diplomatic skills. Charlie and I (Ueli) together ensured the Brennan Park Pool was built on time and on budget. Charlie made sure the bureaucratic red tape was kept to a minimum. After his “retirement” (he worked harder in retirement I think!) it was always a pleasure to meet both Charlie and Rosemarie in around the shops and street. We always had lovely chats and caught up on the events of the day. He always spoke of his daughters, how proud he was of you and how much he loved you.

RIP Charlie. We will remember you.

Why light a candle?

This is why you should light a candle..